A Story About “Beauty” 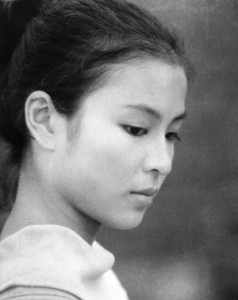 “Mei” meaning beauty, is a very common name. She hails from a traditional Chinese family. Her parents hoped this “tail-end” or youngest daughter would bring the family sons. “Tail-end” is a Chinese homophone of “beauty” so they named her “Mei”, not from any great expectation of pulchritude. Indeed, after her, came two younger brothers. That was serendipitous for the fate of Mei. And the common name continues to propagate uncommon opportunities.

At 16, Mei was discovered by talent scouts. Within 4 years, she was featured in more than 200 television commercials and press ads. Hired by the biggest Japanese model agency, she was whisked off to Japan to be groomed and nurtured. After making major TV ads for such illustrious names as Coca-Cola, Japan Airlines and Panasonic, she joined a TV station to become a presenter and actress in dramas, most memorably her portrayal as “The breaking point”. As the late veteran actor Bao Fang proclaimed, “Mei, the name is simple but her brain is not simplistic!” 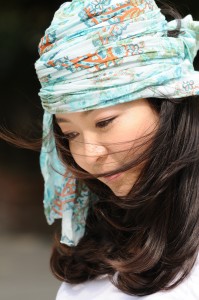 She’s an astute planner of her own life. When she became invaluable in everyone’s eyes, she left showbiz in order to preserve the memory of her zenith, and relinquished the hustle bustle to embrace the basics. She went to the United States to study cosmetology in San Francisco. She spent four months in peace and quiet to write her first book, “The Handbook of Cosmetology and skincare”. While she languished in the leisurely life of a student in Redwood City, on the other side of the world, in hectic Hong Kong, her book sold out within a fortnight. In a year and a half, beyond her expectations, it underwent 10 reprints. The tome’s success prompted Hong Kong publishers to start exploring the women’s books market, and works on cosmetology and skincare mushroomed. But she remained steadfast, resisting commercialisation to write strictly factual books. Her works became distinguished for being practical yet scholarly. Her persevering and indefatigable spirit galvanised her to write more tomes on image grooming, makeup and skincare, propelling her to the accolade of leading female writer with Bo Yi Publishing which bought the Taiwan copyright for her series of works, as she gained recognition in that market. 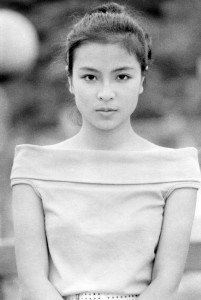 “Where there’s a will, there’s a way”: the motto of Mei’s life. She’s an inveterate daydreamer yet she has no illusions. With her boundless determination, she surprised everyone by making her dreams come true. She has been awarded an Esthetician License by the US government. Subsequently, she was recruited by the Television Corporation of Singapore to take on the vital position of Head of Image, creation& Artistic Management. The “tail-end” in her mother’s eye has become invincible. The insignificant being in the family is an angel in today’s world of beauty. Life is indeed unpredictable! She has also been a lecturer at the School of Continuing Education at Baptist University and in the Hong Kong University’s SPACE programme, Her lectures included “The Psychology of Grooming” and “Image design for Professionals”. Xinhua News Agency has invited her to give cosmetology and social exchange lectures to mainland compatriots working in Hong Kong as well as at events on the mainland including the inauguration of the Foshan Library and United Nations Women’s Conference, etc. 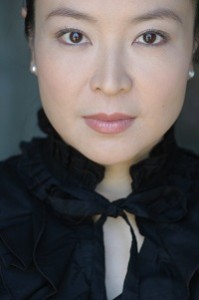 She views her name to embody a mission, that is to allow her to share her esthetician’s knowledge with others. She also hopes to boost the image and professionalism of Hong Kong ‘s beauty industry. She has been a trainer for many leading international makeup brands, including Shu Uemura, Sisley, Dior, as well as a consultant to La moda, She.com and Macau Bank.

A common name yet leading an uncommon existence. Richard, a vice-president of renowned fashion department store Neiman Marcus once told her, “You are so young yet you’ve achieved so much in your life, you should be proud of yourself! Your family and friends also applaud you.” Richard is Mei’s mentor. They both graduated from Diablo Valley College in California. She grew up in the limelight and is largely impervious to praise, her self-worth inculcated within her long ago. As she says, “My self-confidence is burnished by my own efforts, not by wealth and beauty.” Growing up as a “tail-end” daughter deprived of parental love and care, she nurtured a strong and independent character, and is determined to wield her reputation as an international cosmetologist. Nine years later, she moved back to the United States living initially in Carmel, an idyllic utopia for artists. She fell in love with it and concentrated on enhancing her quality of life. Every afternoon, she sat beneath Carmel’s palm trees, reading and writing. Many of her books were brewed here. Concommitantly, she sought a breakthrough and branched into writing about travel and life issues, contributing Chinese language articles and columns to international magazines including Cosmopolitan、Rayli、CECI、Jessica、Figaro、Psychologies. 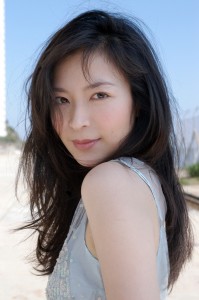 Encsconced in mother nature, one often wallowed in inexplicable fantasies. She believed people who love to create also like to reflect. She also believed a writer succeeds in motivating people not by her writing skills but by her sentimental nature. Far from the madding crowd, she realised this is the essence of life; the pursuit of a carefree, unrestrained existence. Carmel’s natural beauty not only fulfilled her spiritual needs but also led her on a path to the future. Mei decided to once again return to academe, choosing retail management. Also, she worked part time as a makeup artist at the fashion department store, Nordstrom, known for its top-notch service. Observers are never surprised, due to her character, by her success. She received Nordstrom’s ‘Pacesetter Award” and achieved the highest turnover among staff at Nordstrom in northern California. Her attainment, as a part timer, astounded her colleagues. After graduation, she naturally became an object of recruitment for many big department stores. She was a makeup instructor for a Giorgio Armani fashion show in San Francisco. She became a sales manager in the cosmetics department of the globally renowned Saks Fifth Avenue store, giving her a place in the US cosmetology industry. But she wasn’t complacent. Instead, she went to work each day with a pedantic attitude. Working in a large corporation in multicultural California is a coveted experience. She viewed Saks Fifth Avenue not only as a cradle of her self training but also a showcase of her management skills. 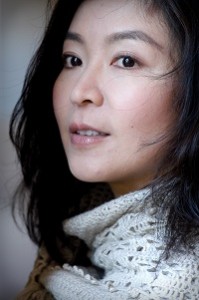 She never considered herself blessed by good fortune. But she also believed real talent is never underappreciated. US President Barack Obama has said America is a place where dreams come true. Mei fervently agrees with this. America seems a huge and daunting place where achievement is more elusive than in Hong Kong. But there, one can adhere to her convictions and follow her chosen path, irregardless of relationships, social values and other factors that might influence her success or failure. Working in America, life might not be perfect but it’s much more real than in Hong Kong. As long as you have what it takes, there will always be people who’ll appreciate you. This characteristic is what made California the most irresistible place in the US.

From her retail experience, she learnt patience, a vital attribute for every successful person. Daily work in the cosmetics department was akin to being in the Colosseum where a myriad strange things abound. She met her challenges with neither a haughty nor humble attitude. Insiders of the U.S. retail industry think their trade is very conducive to nurturing strong-willed people. As a retail business manager, you can imagine her being in a Colosseum doing life-threatening, thrilling battles with wild beasts. This experience embodied for Mei the motto: “I have to pick and choose my battles”, selecting worthy altercations. Eventually, she realised the people and artifacts in the cosmetics industry are in fact just like the tricks of the trade, they are “magic”, an illusion, all is “fake”, and the atmosphere is on par with the entertainment industry. She felt her own efforts are real and she has the ability to pursue substantive goals rather than illusions. This realisation prompted her to re-examine her purpose in life. 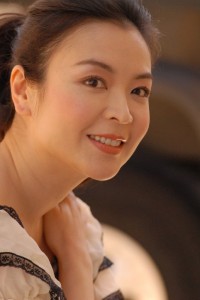 With the courage to challenge herself, she only took one day to consider before applying for admission to Seoul’s Ewha Women’s University. She chose Seoul because of her appreciation of Korean traditional values. Emulating educated Koreans, she concomitantly took up Taekwondo in the believe that there is no free lunch in this world. You need to pay a price to achieve. In this strange land, she was able to reach her inner self. More importantly, among this nation’s beauty-loving people, Mei could explore the booming Korean cosmetics and skincare market. Studies at Ewha were exacting. But she wanted a spartan life. Every weekend morning, her only activity was to visit the Daigakuji Buddhist Temple in Jongno 3-ga. Whenever she goes to a temple, anywhere in the world, she has the same supplication to Buddha: to make her a better person.

An intrinsic quality of Mei is to always seek truth from facts. She believes every person has her own forte and characteristics. Although she is inarticulate, unsociable and low-key, she has a keen sense of market trends and boundless creativity. These attributes are manifested in her creations. To share her world of colour, she created a makeup brand, Fennel and an upholstery fabric brand Karma Kollections using her design mixing silk organza from India with Japanese silk. It soon became a darling of the media. After moving to Singapore to work for a television station there, she sold her Fennel business to Singapore Takashimaya. In fact, her expertise in beauty is not limited to cosmetics, she has been an image designer for a Hong Kong Tourism Board promotional poster of the HKSAR. Today, the eyes of the world are focused on the “SUNSEEKER” beauty market. Many Chinese consortia are wooing her to explore cooperative opportunities, but her vision of beauty is not on a commercial level. In this era of information proliferation, she is persistent and dedicated to research and writing about aesthetics. In the summer of 2013, Mei’s personal website was finally born, a conduit through which Mei hopes to share, from a professional viewpoint, her world of beauty.